I'm feeling a little petty and self-absorbed today. One of those, "what is the point of living life like THIS???" days. Now don't worry, I'm alright, just a little blah (and in A LOT pain!).

I have had this window open all morning, slowly working on this post. My goal for this blog (and generally, my life) is to stay as positive as possible. However, everyone gets overwhelmed sometimes, and for me that was this morning. I am sure all women who are planning to have children worry that they will not be good mothers, but with RA added into the mix, things are compounded. How can I possibly take care of a baby when I feel like I did this morning??? I suppose it is about prioritizing. Realizing that not having laundry/dishes/vacuuming done is okay, that letting babies stay in their pyjamas all day is not a big deal, that I won't have to leave the house every single day. And most importantly, that I have a partner who is exactly that: a partner. I guess the biggest thing I have to remind myself is that I am not alone in this. 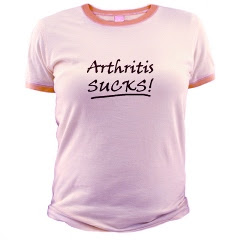 I love this shirt! You can find them (and soooo many others) online at: www.cafepress.ca/bydls
Posted by Pony at 8:41 AM 1 comment: Links to this post

Okay. I live in Labrador. That would be in northeastern Canada. It's near the end of December. Connecting all of the aforementioned dots, one would come to the conclusion that there should be snow, right? Well, to be honest, we have snow. What little bit is left is covered in an icy wet sheen from the ridiculous amount of rain and above zero temperatures we've been having.

This sucks at any given Christmas. I'm a girl who likes her snow. I want to go ski-dooing, ice-fishing and snowshoeing (if my ankle cooperates), and just generally enjoying the prettiness that is big, fluffy flakes falling from the sky. What particularly sucks is that we have family coming in for the holidays. Family who should be able to enjoy all that Labrador has to offer in the winter department. Family who should be able to at least go outside without falling and breaking something. I seriously had to be helped to and from the car, it is that treacherous.

Not to mention the fact wild weather changes (cold to snow to rain to warm to wind) wreaks total havoc on my body. MAJOR flare this weekend. Yuck.

In an effort to stay positive I am going to wish for a major dump of snow, all the while still enabling the Labrador highway to be drive able. Is that even possible?
Posted by Pony at 8:25 AM No comments: Links to this post

Wheeeee!!! Okay, it is no surprise to anyone who knows me, but I LOVE christmas!! I love the snow, the food, the family time, the time off from work, the music and the movies. My sister and I have already done our long-standing tradition of watching "The Santa Clause". She slept through the whole thing, as usual. What's unusual is that I stayed awake :). Domino didn't have to watch it by himself this year.

So much love and giddiness. We kick-started things last weekend by decorating the house. I actually realized how many decorations we have, and I guess didn't previously put out due to living in a one bedroom, basement apartment. Now that we are having our first christmas in our ridiculously big house, there's plenty of space for every knick-knack.

This weekend we are going out on ski-doo to cut our tree down. This is not a new tradition, but exciting none-the-less. We'll possibly throw the dog in the komatik, though last year she was not too impressed about sharing space with a tree. Despite the fact that she is pretty big, she demands to be lifted in and out. Except when a tree is involved, then she is as agile and high-jumper-esque as they come. We'll see.

Also, all of my in-laws may be coming in boxing day! Driving for at least two days!! Over a snow-covered highway!!! After just returning from Mexico!!!! Should be fun times :D And involving some serious acclimatizing :) I sincerely hope they make it, the parents have only been once (in may), and the brother and his girlfriend has never been. In my opinion winter is one of the best times to come to Labrador. Mind you, I like snow. Mind you, again, I don't shovel it.

Despite being a self-described "non-cook" I'm itching to do some kind of baking. Which is not helping my not-wanting-to-gain-any-more-fat plan. Hmmm, any easy ideas for those of us that are kitchen-challenged?
Posted by Pony at 1:26 PM 3 comments: Links to this post

So, my last dose of methotrexate is done. Over. Finis. You can call me one happy girl, indeed :) AND, it turns out that I am not the disease-ridden monster incapable of bearing and caring for children. Nope, as it tuns out, my first appointment with our ob/gyn was amazing and he was very confident in my health and impressed with our plan and research. Basically, he said, "go have a baby!"

Pony
A 35 year old, RA-inflicted, bionic-jointed, Labrador living woman who has a really cute dog and planted a tree with her sweetie. Tree-planting equals marriage, right? Life is good :) 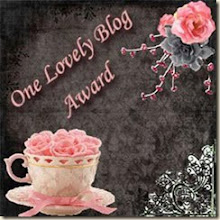